Rural America is in trouble.

As bluster and pandering have proven to be simply that, we are dying faster than we are having children and the economic picture is largely grim.  Facing abandonment by the administration, what do we do, out here where things are produced?  How do we try to protect our rural communities when the shuttering of a single rail yard, mine or warehouse can wipe a town off the map?   What is actionable?

I don’t have answers but I know that I don’t want to see the furthur decline of the rural places I love and the people who live there.  So, I fight for these places.  Here are some stategies in that fight:

First, let me suggest that we drop the “us vs. them” mentality that is so quickly assumed when the rural urban divide is mentioned.  It’s not either/or.  The truth is that without one or the other, we are less.  If those population centers didn’t buy our stuff, balance us out and provide much needed contrast, our lives would be worse.

We love to talk about experiences we don’t have with authority, pontificating on the virtues of our own realm without genuine understanding.  We can excuse our crap but not see past others’.  It needs to stop.  We are on the same team.  If you want to pick sides, chose another divide.

Seek to understand, not to reinforce your existing beliefs.  Fear of contact with opposing opinions is a hallmark of an undeveloped mind.

Second, don’t just be an armchair quarterback.  If you care about rural America, do something to help.  Your lawmakers aren’t coming to help.  They will be yanked back when they hit the end of their chains.  Generally, they don’t care about you, they care about numbers and it’s pretty trendy to just make those up right now.

That said, you should call them weekly and tell them what to do.  If we don’t make noise, we won’t be heard.  After your call:

Third, know what you are so proud of.  Many people are just prideful blowhards about their own area because they don’t have enough knowledge of their place to have respect for it and elevate it and they don’t actually support it.  Verbal gratuity is the hallmark of an ass.

Do you understand the entire history of your area and culture or do you base your beliefs on, say, a four-year period 150 years ago?  Do you DO anything to support your area or do you TALK about how great it is while you send your paycheck to China?

We have to invest our time and money in our communitites, not to shut out the rest of the country and the world, but to be a part of it. 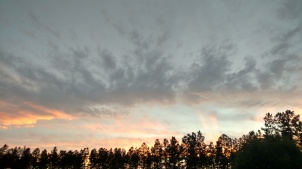 Love from the farm

I wrote this piece as part of a sample but it should be said:

I grew up in a world blanketed, year in and year out, with some form of Reid’s Yellow Dent corn, only broken by the occasional soy planting or hog confinement operation.  We proudly called ourselves the breadbasket of the world.  In a horrible twist of irony, our own diets were not fit for consumption, failing to nourish our hardworking bodies and leaving our prayer request lists progressively longer with the names of the ill.

In my life, I have seen cancer, allergies, and diseases like type 2 diabetes (called adult-onset when I was younger but now plaguing children) increase at alarming rates.  Epigenetic factors cannot be ignored in the rise of these afflictions, particularly diet.

I’ve experienced a paradigm shift in my beliefs and practices both in the kitchen and on the farm but this isn’t yet happening in most of our rural communities.  While we wave our agricultural banners high, most of our neighbors are overweight, sick, eating food that was grown elsewhere without local cultural significance and no longer in any way connected to the land.  In fact, most of what we are eating is so far removed from it’s original form that it’s source could arguably be called the factory, not the farm.

It is not a defense of our current detachment from food and farming to point out that the current standard American fare is what we were raised eating or what our momma’s had 60 years ago.  Although much of our diet was more authentic decades ago, that isn’t going back far enough to touch our true roots, the ones that connect us to the soil and culture of a place.

Oreos and Coke are not the cultural foods, the foods with integrity, we should consider our rural birthrights.

So where is the historical sweet spot that re-connects us to our community through the foods that grow there and the cultures who reside there?

It can be found when we go back to a time when most of our food was raised in our general region and prepared in homes.

Abandoning the drive through and the boxes would take us a long way toward a return to real, body and soul nourishing food.  Back when our rural landscapes were covered in farms that produced food for the locals, fast food was a tomato still warm from the sun or an ear of corn or some eggs from our coops or any number of foods that tied us to the land and each other.  Slow food wasn’t an international organization, it was what nourished us daily, a loaf of bread, a pie from the fall apple crop or a smoked ham from out back.

How much of what we do to chase contentment is trying to fill this attachment void?

Why do we leave the return to real food to the larger cities, even mocking it, when it is fundamentally a desire for what we have collectively abandon?  Perhaps it is a knee jerk reaction to the trends of urbanites that we so enjoy dismissing, our way of getting back at them for being condescending in so many instances.

Or maybe, we are broke and busy and distracted and the new normal for what passes as food has implanted itself in our lives without serious consideration.

We feel the tension as scientists, industry and other crusaders hash out the direction agriculture and food should take in the future and in our lives.  Eating outside the industrial food supply can get more than one derisive stereotype pinned on a person as others see it as a rejection of them and their choices.

Far from elitist, farm-to-table meals are part of our culture, something taken for granted in years past and now considered a treat or, most commonly, a fundraiser.

Farm-to-table is something we never should have given up and must make the norm again.

We are eating factory-to-wherever instead.

We are doing ourselves a disservice by buying into the Standard American Diet instead of reclaiming our heritage as real food producers, rural communities with diverse growing systems and some measure of self-sufficiency.   It is difficult if you can’t grow something yourself, in many of our rural areas, to find local produce, meats, etc..  It is also community building, neighbor supporting, soil reviving, health restoring and culture preserving.  In short, it is worth it.

Because we are dying out here and instead of doing it gracefully or going down fighting, we are getting type 2 diabetes and becoming sad statistics.